The Menace of WordPress Theme Creep

One of the first topics I ever wrote about on WPShout, I kind of thought that the topic of “theme creep” had died long ago. But a few times in the last few months–once with someone I’m mentoring in WordPress development, once with someone who was asking how to buy themes–I felt a need to mention this idea. So I’m revising and updating the original essays.

I do think more and more actors in the WordPress ecosystem have “got religion” and are moving functionality into plugins. But it’s still not universal, and quite a few new developers have expressed to me how excited they are about the “everything theme” they’re building. For either of those cases, please consider why you should avoid what I first called “theme creep” back in 2013.

WordPress is a great tool. If you need to run a basic CMS to get your words and images onto the internet, I’d never hesitate to suggest WordPress. It’ll make it really easy for you to get all that stuff online, and better yet, there are thousands of themes to choose from at every conceivable price point.

This functionality is core to the experience of WordPress. Jumping around from theme to theme without worrying what’ll happen to all your words is an amazing thing. Anyone who’s spent more than five minutes dealing with a static HTML site will rightly be impressed by this feature.

Themes are awesome, but…

I’ve personally been responsible for ruining this flexibility on my own sites. functions.php is a really easy place to paste functionality snippets you find on the internet. It’s so easy it almost justifies the fact that you’ll lose that functionality when you switch themes.

Commercial themes, especially historically, have been even more guilty. On the outside they offer you immense power, and when you first use them, they seem to keep their promise. The heartbreak comes later, when you finally try to make a swap to a different WordPress theme and weird things happen. All your SEO data, well-crafted portfolio elements, and cool taxonomic structures may be gone. And some of your posts and pages are liable to have these weird [broken_shortcodes] inside of them.

Hmm, the site worked a minute ago…

“Theme creep” is what I call it when functionality that has nothing to do with the presentational layer of a WordPress website “creeps” into the theme.

It’s what? “Theme creep” is what I call it when functionality that has nothing to do with the presentational layer of a WordPress website “creeps” into the theme. What this ends up doing is chaining you to a WordPress theme that seem great when first installed. It chains you so that in six months or thirty, when you find yourself wanting a visual change you’re left with a terrible choice: a changed look, or your properly functioning WordPress site.

The Real Problem in Theme Creep: Too Much Responsibility

This sort of brittleness of systems typified by theme creep has been bedeviling software makers for almost as long as there’s been software. They’ve even developed some great ideas for preventing it and terminology for explaining it.

One of the most important ideas relevant to theme creep is called the single responsibility principle, which states that every component of a system should have exactly one responsibility and that that component should completely contain that responsibility. For WordPress themes, that would mean that they are only responsible for the visual layout and design of the site. They shouldn’t be responsible for registering data types, or providing for the display of post data in shortcodes, or anything else I’ve mentioned.

How WordPress Themes Should Work

When a WordPress site is working properly, themes can be easily swapped out and nothing is lost in the change. This is a direct manifestation of the single responsibility principle working. Themes only doing visual stuff keeps the system simple and flexible. Visual changes will obviously occur, but nothing other than the look of the site will be impacted, broken, or damaged as a result of a simple theme swap.

And for many themes from many providers, you can count on that promise of WordPress themes being kept.

But in the broader WordPress ecosystem, this single responsibility isn’t always the case. Users, professional developers, and theme sellers are eager to quickly add features without fully thinking through the future implications of the choices they’re making. This leads them to provide gobs of shortcodes and custom post types, even SEO features, that they shouldn’t have in their themes. Those functionalities — which are core to your site and unrelated to its current layout — aren’t things you should rely on any theme for.

They were warned about the Single Responsibility Principle, but they wouldn’t listen!

Initially, the problem is hidden from view, and so WordPress seems to be working better then ever for you. But when you go to change your theme and end up with missing data or a broken site, the true cost of the short-term thinking becomes clear.

Losing data when you change themes is a bummer of a problem, and one that shouldn’t be happening nearly as much as it is. I’ll grant than an expert can solve it pretty quickly because the data’s not truly destroyed (just hiding) but it’s a bad problem.

So beware of themes promising the world: unless you want to stick with that look for the entire life of your site, you should probably not rely on some of those features. 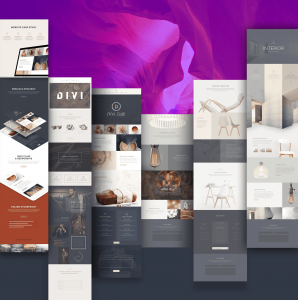 My presentation about theme creep at and WordCamp Boston in 2013 was great, and the event as whole was awesome. You can see the slides from my presentation, if you’re interested.

Theme creep is a form of technical debt. And technical debt is a problem because it makes a system — in this case, your website — fragile and harder to iteratively improve. Determining that you have the problem is one of the simpler steps you can take, so let’s start there.

Are you a victim of theme creep?

The easiest way to tell if theme creep is an issue on your site is to follow a simple procedure:

Now that you know you’ve got a problem problem, what do you do?

To be clear, theme creep isn’t a devastating problem. It can be dealt with relatively easily and productively. The simple problem is that functionality that your sites need always was conflated with the visual appearance of your site today. When you separate out those concerns, your site will be set to move into the future. If you’re not technical, you may need a bit of help implementing these steps, but it’s not too hard. Here are your basic options:

As a theme maker or coder, there is more you can do. I’ll not write too much about it here, but TGM Plugin Activiation is a great library and highly recommended if you’re in the position of needing to provide functionality in a theme you’re distributing or selling by know shouldn’t really be in the theme. For marketing reasons, theme seller often find it useful to “oversell.” And if you “oversell”–advertise your theme using non-theme features–I’m not upset if you offer plugins for the features you’ve oversold.

I hope you now have some understanding of this issue that unintentionally infects too many WordPress sites. “Theme creep” isn’t the end of the world, it’s just an annoying and not-helpful entanglement of your theme and actual site functionality. There are ways you can combat it, easily, if you’re a developer. The most important thing is to stay on the look out. Don’t put too much into a theme, and discourage others from doing the same.