Working with the WordPress HTTP API

This article explains how to use WordPress’s HTTP API, a set of PHP functions from within WordPress’s function library, to make remote HTTP requests to external resources, such as JSON REST APIs.

We use the WordPress HTTP API when we want to access remote resources—resources not present on the WordPress site we’re working from—which could be anything you can imagine, from data we access through Facebook’s or Twitter’s APIs to weather information published by government agencies. We make these remote requests using WordPress’s HTTP API functions, especially wp_remote_get(), wp_remote_post(), and wp_remote_head().

We’re proud to bring this article to you as a sample chapter from our full “learn WordPress development” guide Up and Running, now in its revised and expanded 3rd Edition.

If you like this chapter, check out Up and Running. There’s about 40 more chapters where this one came from. It’s the best guide to WordPress development out there.

Get Up and Running Today 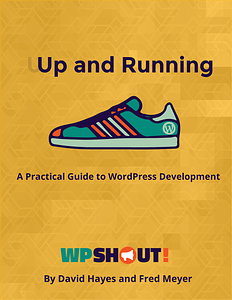 “I think anyone interested in learning WordPress development NEEDS this course.

Before I purchased Up and Running, I had taught myself some WordPress code, but lacked direction. Watching the course’s videos was like a bunch of lights being turned on.

I went from being vaguely familiar with how themes, functions and WordPress itself worked to mastering these. Everything became much clearer.

I very happily recommend this course to anyone willing to listen.”

Take the next step in your WordPress development journey!

Get Up and Running Now

From time to time, you’ll need to call remote resources—resources on sites other than your own. A common way to do this is by making HTTP requests for the information you need. This chapter explains HTTP, and digs into WordPress’s HTTP API.

The web works through HTTP: HyperText Transfer Protocol. HTTP is a “protocol,” an established style, of requests and responses between computers. It’s how two computers “shake hands” and transfer data between each other.

To be comfortable with HTTP APIs, you’ll need to understand a little bit about HTTP itself—first and foremost, that there are different methods of HTTP, and they’re used for different purposes. HTTP has eight methods in total, but to work with the WordPress HTTP API, we really only need to know three: GET, HEAD, and POST.

GET is probably the most common and familiar HTTP method. GET requests are how you retrieve an HTTP resource, including its main body. Every time your browser visits a webpage like https://wpshout.com, it’s actually sending a GET request to the website’s server.

GET requests generally only retrieve information—the server shouldn’t create, change, or destroy information in the process of serving a GET request.

HEAD is a GET request, where you don’t want the actual body of the resource. If you were just collecting metadata about websites, for example, you could just make a HEAD request to https://wpshout.com and you’d get an answer like you would for a GET, but without the body that holds all the actual content. (You’d just learn, for example, what character encoding scheme WPShout uses. A thorough list is in the HTTP specifications at: http://www.w3.org/Protocols/rfc2616/rfc2616-sec14.html.)

To create an HTTP request with “side effects”—make the server save data to the database, for example—the most common method is the POST request. A GET request is a simple “Can I have that?” A POST is more elaborate: “I’m providing a certain amount of information for you to do something with (such as save to a database), and after I’ve done that I’d like information in return.” If you fill out a form, post a new tweet, or check-in at a location, some layer of software somewhere is probably making a POST request for you.

The WordPress HTTP API offers a few simple and “WordPress-y” PHP functions that allow you to make HTTP requests, and handle the corresponding responses. These functions are of two types:

In practice, you’ll use the requesting functions first, and then you’ll pass the returned results to the response handlers.

The requesting functions let you make GET, POST, and HEAD requests (as well as requests for less common HTTP methods). They’re named consistently:

The first three functions are slightly specialized uses of a fourth function, wp_remote_request(), which itself can make every kind of HTTP request.

All four of these functions take the same two arguments:

An Example: Creating a GET Request

To GET the homepage of WPShout, you can use wp_remote_get():

Or you can use wp_remote_request() to do exactly the same thing:

Both code examples do precisely the same thing: they make an HTTP GET request for the WPShout homepage, and save the resulting HTTP response to the variable $response.

To show you the workings of $args, we’ve specified one optional parameter: timeout. This parameter takes an integer, and lets you specify how long, in seconds, you want to wait for the response before the request simply returns an error. So both examples above will wait 10 seconds before timing out, rather than the default of 5.

The $args array can take a number of other parameters, such as the following:

The full argument list is in the Codex, at: http://codex.wordpress.org/HTTP_API#Other_Arguments.

What you get back from the wp_remote_request() family of functions is an HTTP response, passed back as a structured PHP array.

You can commonly use WordPress helper functions to find what you want in this response array, without needing to remember its full structure.

These functions all take the HTTP response itself as their first (and, for all but wp_remote_retrieve_header(), only) argument. This response is the result of the HTTP requesting function, which we saved as the variable $response in the code examples above.

This example picks up where our use of wp_remote_get() above left off: we’ve got the results of a GET request made to https://wpshout.com. We’re going to leave that code in the example below to show you how everything fits together.

The example does something silly but functional: count how many times the word “WordPress” appears in the full HTML code of the WPShout homepage. If you paste the function below into a plugin file or functions.php, and then call the function itself with echo count_wordpress_on_wpshout_homepage();, your browser will display a number (54, the last time we checked).

Notes on This Example

It’s unlikely you’ll need to count uses of “WordPress” on many sites, but the HTTP methods we profiled here are very helpful for analyzing the contents of other websites. Aside from “web-scraper”-like uses that trend toward being semi-shady, these HTTP methods are most useful in the set of cases we’ll start to explore next chapter: working with the HTTP APIs—formal ways of exposing site data—offered by services like Facebook, Twitter, and the Oxford English Dictionary… and by other WordPress sites!

Why Not Use PHP’s Default Methods to Make HTTP Requests?

PHP has a number of ways to make HTTP requests. Why use WordPress’s? As usual, the answer is that doing things “the WordPress way” has benefits. WordPress has seen, gotten bug reports from, and been battle-tested against a massive number of servers, hosting configurations, and meddling hosts. The WordPress functions are set to have workarounds and fallbacks for many of these contingencies. As a WordPress developer, it’s good to take advantage of that accumulated “it-works-anywhere” flexibility.

We hope this has given you a sound sense of what the WordPress HTTP API is for and how to use it. You can use this API to get anything from WPShout’s homepage to a JSON payload from Twitter—the sky’s the limit.

To talk to remote sites, please try
The HTTP API:
For parsing request
And response, it’s the best,
And its functions are easy as pie.