Where is the WordPress Community?

The “WordPress Community.” Everyone talks about it. And it does exist, and is great.

But where, as a person new to this whole WordPress world, should you look to find it? That’s our topic today, we’ll cover WordPress events, WordPress meetups, WordPress developer spaces, and whole lot more. Let’s get to answering: where is the WordPress community?

Most people still think of community as existing when your body is near other bodies. That is, we’ve been slow to accept virtual spaces as social realities. There’s a limit to which we human animals can get the sense of belonging alone in a room, even with the latest VR technologies.

Even the WordPress developer community — a little more insular than other parts of the “WordPress world,” still like to get together in person. But how? 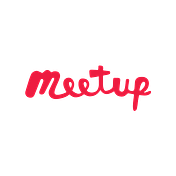 Your first stop to find community in and around WordPress should be in your local city or town. It’s not super uniform worldwide, but many cities of over 250,000 people will have an existing WordPress meetup. And many smaller ones will as a well.

What’s a WordPress Meetup? It varies a little, but essentially it’s a group of WordPress users and WordPress lovers getting together to talk about how they use WordPress and learning from each other. You can learn about business, technology, relationships, and a whole lot more. The specific offerings will vary place-to-place, and on existing group interests.

WordPress meetups will also vary on attendance demographics, frequency of meeting, and a lot more. They’re self-directed efforts from members of your local community. Your local WordPress meetup may not fit your schedule or style. Neither should discourage you. If you don’t feel like getting involved to help change that (a viable option, but not a need), there are still lots of other WordPress communities you can reach wherever you are.

If you want a local WordPress meetup, but don’t have one already existing near you, you’re in luck! You can also start a new WordPress meetup! This can be daunting, but it can also be so worth it. (I say that from experience of being a WordPress meetup organizer.) It can win you business deals, friends, or anything else you’re looking to get if you do it well. I think you should give it a try. The WordPress Foundation offers some pretty good and useful support for people looking to this, and there’s a good written guide to getting started.

A WordPress camp? That seems weird. Well, the name is a little strange. And I confess, I don’t even know why it’s called a “WordCamp” and not a “WordPress conference” other than maybe trademark viability.

What to expect at WordCamp? A WordCamp is typically a one-to-two day conference put on in your local area. Often they’re a bit more centralized than meetups. For example, in my entire US state of Colorado, all the roughly five WordPress meetups send people to a single WordCamp: WordCamp Denver.

Among tech conferences, WordCamps stand out for a few big reasons: they’re affordable, they’re accessible, and they’re only about WordPress. That said, WordCamps try to showcase many different aspect of WordPress, beyond just “development”. They cover business, SEO, relationship building, and a lot more.

I wrote a fair bit more about WordCamps, and specifically about speaking at them. You’ll find that here:

Everything You Need to Know to Speak at WordCamp

There are typically a few “not WordCamp” WordPress conferences thrown around the world in a year. The most prominent example in my mind, is Loop Conf, which had its last run last year. A non-WordCamp WordPress conferences are often an effort for someone to make-in-person a community or focus that they hold in their work. Because they’re a labor of love they’ll often run a few times and then move on.

But they do exist, and I’d really urge you to support them. There are lots of great things about WordCamps, but some things they can’t do. That’s why it’s great that non-WordCamp WordPress conferences exist.

Where to Find a WordPress Community Online

In addition to “real world” WordPress community, a lot of the WordPress community you’ll seek out and find is virtual. Often you’ll feel connected to people around the world you’ve never shaken hands with through this kind of connection. It’s (even in our increasingly virtual world) kind of thrill to realize you have friends you’ve never met on the other side of the world.

Some of this virtual WordPress community simply exists on websites (perhaps like ours) that people frequent. A few of the more interesting and prominent WordPress websites for news and learning that come to my mind:

The WordPress project itself has a Slack instance you can find at: https://make.wordpress.org/chat/. When someone says “WordPress Slack,” that’s very likely to be the one they mean. But there are lots of other WordPress Slack “rooms.” Some are private to a group of friends, some semi-public (accessed via a learning or other membership), and some are totally public. Of the last (totally free) type, I recently saw something called Press Tribe was recently launched by Kori Ashton.

Finally, like nearly every other topic in the modern world, WordPress is discussed on social networks. For me a lot of my ambient “WordPress community” participating and watching is on Twitter. Here’s the list I check on intermittently: David Follows WordPress.

There are also tons of WordPress groups for discussing the technology on Facebook. So many I couldn’t begin to list them all if I tried. Here are a few that come to mind for me as relevant to our audience:

What About a WordPress Developer Community?

If your goal is that you want to be a WordPress developer, you’ll get a ton of value of explicitly seeking out and following people who do things relevant for you: UX design, CSS development, React development, PHP development, etc. These people needn’t be exclusively doing WordPress. In fact, I’d strongly encourage you to find at least a few who don’t only do WordPress, and ideally a few who never use WordPress. Understanding those perspectives makes you better at WordPress, I promise.

Similarly, if you’re looking for in-person WordPress developer connections and community, you’ll want to know people from your local WordPress meetup, your local WordCamp, and think about attending other WordPress conferences.

Finding peers in these spaces is both easy and hard. It’s easy because your developer-peers at, say, your WordPress meetup will be identifiable. They’ll be the ones talking about code! (More stereotypically, but less usefully, they’ll also be the more quieter and reserved ones in the crowd. :P)

What’s hard about that is that once you’ve identified a peer, it’s on you to deepen the relationship. Starting conversations, making a coffee-meeting, etc are all scary things for most people in most situations. And WordPress-social-situations are still very much complex social situations.

But you can do it! Almost everyone I’ve ever met is friendly, interested, and eager to share knowledge. So just ask, ideally with a focused topic of conversation or discussion. Your peer will likely be happy to get together over a meal or a drink and “talk shop.”

Build a WordPress Community, Wherever You Are

That last paragraph comes to the real point of this whole thing: If you seek community, the easiest place to find it is to build it yourself. That doesn’t mean that you should ignore the places people are already gathering. By all means, advantage of existing WordPress meetups, WordPress conferences, or even WordPress camps.