What WordPress Means to Me

With Gutenberg in the wings, the WordPress community is full of lots of tumult. People are worried that the WordPress they’ve built their business and career on is suddenly going to become something else. Something with different priorities, goals, or methods than they expected.

What Gutenberg means to us is an important conversation that is going on, and I don’t want to give it short shrift. But that’s not what this post is about. Really, not at all. Instead I’m going to be more self-centered than the people talking about Gutenberg in terms of their personal goals or jealousies. I’m just going to talk about WordPress and what it means to me. What it’s meant to my life, what I hope it continues to mean, and what else I hope to do.

WordPress Gave Me A Job I Couldn’t Dream Of

One of the core things that I love about WordPress is the fact that it’s one of the primary forces (along with Fred, and my combination of native ability and educated-into-me talent) that has given me my current job, which is pretty great.

How I Got Where I Am

I have a really good job. I’m self-employed, which matters most. This means that I decide what my work priorities are, I set my own hours, and I’m always allowed to take a long-lunch of bike ride on an unseasonably warm winter afternoon (that’s today, even though technically it’s not winter yet). I make enough money that I’m free from worrying about it on a month-to-month basis, even if it’s not as much as some people would expect, or as much as I dream of.

This is all pretty directly a result of WordPress. About five years ago, with help from Fred, I became a professional web developer by accident. I was working in a retail job, making a little more than minimum wage. A friend from high school got back in touch (that’s Fred) and suddenly I was working on a “start up.” (The way the label does and doesn’t apply to Medivate is far too big a topic for this article.) Then we needed to make a living and we started to build WordPress websites for clients we found through a combination of luck and hard work.

I’d used WordPress since 2007, but it wasn’t until 2013 that I started doing it professionally. And it was in 2013 that we bought WPShout from Alex Denning, and have been running it ever since. It’s always been a hobby, but it’s made dozens-of-thousands of dollars over the years. Hardly enough to live on—both Fred and I have been paying our bills with client work the whole time—but more than nothing.

We’ve made around twenty-five thousand dollars (all time) from both Up and Running and selling ads on the site. In both cases, it was a lot of work, and figuring the hourly rate on that work is probably something it’s best I don’t calculate. But it’s given me confidence to pursue something I’ve wanted to do almost as long as I’ve been doing it: stop doing client work.

My goal for 2018 is to try in earnest to make a living without client work. A lot of things need to work for that to happen, but I’ve been fortunate enough to be able to amass a large-enough financial cushion that I can try. 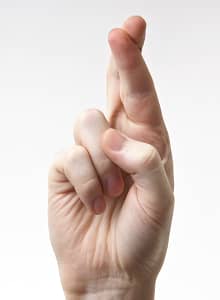 That’ll look like a lot of different things. First, it means that we’re going to double down on selling things like Up and Running and WordPress Security with Confidence (the launch of which is a whole other too-large topic, but didn’t break our bank account with in-flows). I think we’ll probably release another paid course or two on WordPress development in the new year. If you’ve got thoughts about what you need to learn and aren’t finding easy enough, do not hesitate to email me personally at [email protected]

Whether or not this gamble pays off in the new year is a big question. Brian from WPSessions and I were talking recently about how hard it is to determine the size of the market for learning about WordPress development. Sometimes it feels vast, sometimes it seems far too small. And it’s hard to tell how true any of those feelings are based on current and objective data.

But I’m giving it a shot. Doing it means working to provide more value to people (like you) looking to learn about software development in general, and WordPress development in particular. It’s far too early to tell you just what I’m going to do in 2018. But I intend to continue talking at WordPress and PHP conferences regularly, and writing for free here, and trying to sell you things you get tremendous value from.

WordPress is a Continuous Source of Low-Key Embarrassment

WordPress is one of the most powerful tools for making the internet (not just the walled-gardens of Twitter, Facebook, Instagram, Medium, etc) accessible to real people. With WordPress a real person can easily publish words they own on a site they control on a server they’re leasing. This is an amazing superpower.

But for WordPress to stay so powerful and accessible for end-users, it has regularly deprioritized developer experience. It’s on PHP, because PHP is what shared hosting loves. It’s on old versions of PHP, because shared hosting is not known for pushing the envelope. And it’s prioritized working code over elegant code consistently because end users don’t care at all about how something works as long as it does.

I often tell people that among programming languages, PHP is the most derided. (People are slowly waking up to some of PHP’s good ideas, and PHP is earning more respect as it changes more rapidly, but the idea remains broadly true.)

I often tell people that among open-source PHP projects, WordPress is the most derided. (Again, some people are slowly learning to accept and appreciate what WordPress does for PHP, but in general, WordPress remains the butt of jokes at PHP conferences more than any other project.)

And I feel these facts. I double feel them. I feel like I have a slight chip on my shoulder about the fact that I work in a black-sheep projects on the edge of a black-sheep ecosystem. This doesn’t dissuade me. I think the vast consensus of programmers gets so many things wrong it’s not even funny. But I still always feel like I’m apologizing and commiserating about the shortcomings of my favorite ecosystem.

WordPress is a Community That I Love

WordCamp US 2017 ended nine days ago. And to me it was just a tremendous party. I met and had great conversations with loads of friends new and old.

I even got to have substantial conversations with two of the heroes of the WordPress project, Andrew Nacin and Matt Mullenweg. I tried my best not to just be star-struck and instead have interesting and engaging questions for them. It was great.

And that is to give short shrift to the literally dozens of other less-recognized heroes I had really great conversations with. Their names are too numerous to list, but their contributions to the continued success of WordPress are substantial.

WordPress is where I got my start. It’s where I learn the most. And it’s where I continue to come back for renewal and fun. The people in the WordPress community are uniformly generous, kind, and honest when I talk to them. They’re open to random conversations, and they’re also driven and well-directed. The community is great about keeping events accessible and people learning and growing in their roles.

It’s just a great place to be.

WordPress is Frustrating and Not-in-Control

I had a few conversations, including with Matt Mullenweg himself, about how the WordPress project is run. I was advancing the idea that the project is governed by what I was casually thinking of as “soft-anarchy”. (Our friend Josh Pollock was the first one to make me realize that I’m not a political scientist, and this use does not fit a rigorous understanding of “anarchy” in a philosophical or political sense.)

Much of the stuff that’s gone well in WordPress in the last few years is just a few people working really hard to make cool things happen. Weston Ruter (from my outsider-perspective) almost single-handedly made the Customizer happen by his devotion to making it a thing and then making that thing incrementally better and better until everyone just embraced it.

There was never a time when the WordPress community came together in the last dozen years and decide that too many themes had bad options panels, and that we needed a different solution. Instead, Weston (again, I’m almost certainly giving short shrift to other contributors, and if you’re among them, thank you and I’m sorry) just started working on a solution and when no one stopped him it became the de-facto solution.

A few of the people I talked to disliked the leadership style. I think the Gutenberg project, from its introduction about a year ago to today, demonstrates clearly the way in which Matt Mullenweg’s benign neglect (the anarchy part of my theory) comes into conflict with the need for some person or group to steer in a clear and decisive direction.

In Gutenburg, Matt is standing up (for the first time in a while) for a specific direction. His right to do that comes from the community’s continued acceptance of him as a BDFL. When I asked him how he related to being a “Benevolent Dictator for Life” he seems to see that it was, indeed, his role. And that does mean that from time-to-time he does step in and assert and peruse a specific goal for the project.

While it could have been a more deliberate and collaborative process (for sure), it is certain in my mind that WordPress needs Gutenberg if it’s going to continue to be the best way to publish online for the next 14 years. The closed-source site-builders are just getting better-enough that without some authoring-experience innovation WordPress will start to lose out.

I Have A Lot of Gratitude for WordPress

Mostly, when I think of WordPress, I’m just grateful. I know that Matt’s leadership of WordPress isn’t perfect, but it’s good and has worked for 14 years. And the community that’s gathered around the project just makes the whole project continue to work. And hopefully, continue to succeed. I’ve built a dozen different personal projects using WordPress, and dozens more to help friends, clients, and strangers.

WordPress has given so much to me, that I can’t be too angry about the mercurial leadership or the not-greatness of the code. At it’s heart, WordPress continues to stand for openness and to be the tool that makes is easiest for people to get publishing online.

Looking back now, at the end of 2017, I want to thank you for reading. Thank you for being part of the WPShout and WordPress communities. I wish you a pleasant end-of-year holiday and a great 2018. Cheers!