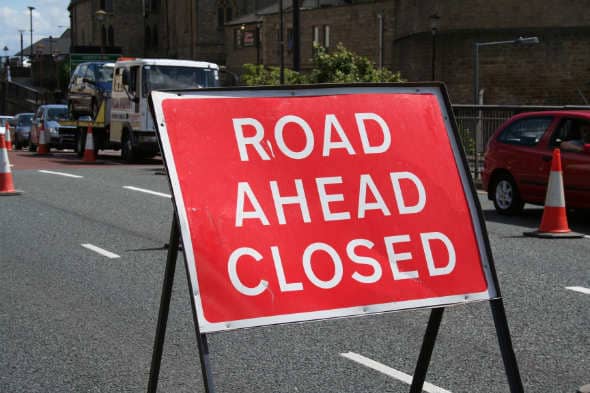 The third of four instalments of the “Why WordPress” series (parts one and two) asks the same groups of twenty one what problems they see facing the WordPress community at the moment. Like last time, some really interesting answers from the WordPress users, developers and designers.

No problems here. I like everything about the community. They’re great folks with some awesome ideas who love to help. Sure there’s a zillion knock-off sites that regurgitate the hard work of others just to make a greasy buck or two, but fortunately most WordPress users are smart enough to know when they find the real deal.Unfortunately, there is an unwritten axiom that dictates the rise and fall of everything that’s popular. It goes like this: work hard, rise to the top, enjoy success, get complacent, greedy and selfish, fans see through and get burnt out, and then the inevitable slide back down to the bottom of the pile.

This happens to everything from rock stars, politicians and celebrities to magazines, TV shows, websites, and, yes, software (e.g., is Google the new Microsoft?). Unfortunately, WordPress is no exception to the rule. So perhaps the biggest problem facing the WordPress community is anything that catalyzes this inevitable cycle of rising and falling.
–Jeff Starr

As through most software development stages, WordPress used to be very lean, doing the minimum about of stuff, but as it progress, it gets more and more bloated. I hope 3.0 would means rewritten from scratch.
–Lester Chan
I think that there are a lot of people who are spending too much time politicking with the things that are going on. Instead of proactively building businesses – some folks seem stuck on talking about WordPress, and not working in it.
–Brian Gardner
I’m not going to give names, but there’s a big amount of blogs that plagiarize “older” blogs as such as WpCandy, WpHacks or evnetually mine.
Hacking attempts are also a problem.
–Jean-Baptiste Jung

It depends. For hardcore-WordPress nerds understanding the GPL, Free software, and what-is-going-on-in-Matt’s-brain. For everyone else, managing their content in more exciting (and better!) ways on the front-end theme level. Post types and custom taxonomies will go a long towards helping with that. Maybe it’s not really a problem-problem but it’s certainly a challenge if you’re using your content to ‘do something’ on the web.
–Ian Stewart

I guess it depends on what you call the “community”.

If “WP community” == “all the WP users”, maybe the biggest challenge is to entice all these hordes of naive, non tech savvy people into keeping all their sites up to date. Getting hacked because you’re a noob running an obsolete install is nobody but the noob’s fault, yet it always turn into some bad press and FUD for WordPress (nothing disrespectful in my saying “noob” here, I’m talking about my dad and my sister). Having a lot of users is awesome, but this also mean more people who are not power users. Everytime there’s a security upgrade, some people whine because they have to upgrade, and some people whine because they didn’t and got their site hax0red. The biggest challenge is handling all these non power users and keeping them happy.Now, when I think about the WP community, I don’t think about all the WP users. To me, the community is all the “power users”, the people like you and me: interested in WP and its development, making themes, making plugins, or contributing to the core. It’s more something like the wp-hackers mailing list rather than all the average joes, if you will. Regarding this community, well, I don’t see really any problem to be honest. Maybe keeping aware of all these WP related websites, there are so many!
–Ozh
Featuritis. Many people want to see more features in the core. But the more complex the core gets the more performance bottlenecks we get, the more bugs and security problems. A wide API in a small core would better to maintain, I think.A related problem is the code quality of many plugins and themes. I can’t count how often I had to reinvent the wheel because the original author of an idea offered such a … mess.
If the public repository would force the authors to some coding standards—uninstallation routines, proper indentation, valid html output—less people would ask to get the functionality into the core.
–Thomas Scholz
Can’t name any problems at the moment
–Indrek Saarnak
Probably wasting time in pointless arguments instead of furthering the software itself with new and interesting developments.
–Leland Fiegel
Lack of awareness! People know WordPress can be easily used as CMS but they don’t know how easy it really is. One needs to try it on to get a feel.
–Ashfame
Honestly, I see very few major problems affecting the community. Sure, there are a few people who argue about licensing endlessly or want to stir up some sort of drama about Automattic or whatever.But at the end of it all, WordPress keeps moving forward. They listen to the community when enhancing the core, and we all can extend WordPress as much as we like with plugins and scripts. The result is a community that just goes from strength to strength 🙂
–Michael Martin
I think the biggest threat is the increase of micro-blogging platforms like Tumblr and Twitter… I’ve stopped blogging on my site, and instead use Twitter, but could see myself using Tumblr style blog in the future (when WooThemes makes some Tumblr themes for WP maybe).
–Magnus Jepson
I do not see a really big problem. With such a big community there will always be different voices, but I don’t see any serious problem.
–Mike

I don’t know that WordPress faces a lot of big problems right now, at least jumps directly to mind. I do think that as WordPress becomes more mainstream the community is going to have to realize that everything isn’t going to remain status quo. My choice to no longer provide support for my plugins (sending all requests to the WordPress HelpCenter, which I founded) is a good example of this. Many folks still expect someone to take time to help them individually for free – this just can’t scale to the volume of users WordPress now enjoys.
–Alex King

Great question. I think the biggest problem right now is the way the community and the project itself is similar to spaghetti. There are many disjointed parts of the project that are not tied together in one way or another. There is a ton of talent in the WordPress community and I think the WordPress.org website should be the focus of harnessing that talent to progress all aspects of the project. This means a complete overhaul of the WordPress.org website since that should be the hub of all the activity surrounding the project.
–Jeff Chandler
I don’t think there’s much wrong with the software – I think the biggest issues stem from all of the arguments and politics around things like the use of the GPL. Matts militant stance discourages some developers, likewise some theme authors stick with their own blinkered view. If everyone would relax a bit I am sure there would be even more innovation and collaboration than there is now – and that can only be a good thing.
–Ben Gillbanks
I think one of the major problems right now is the massive amounts of commercial themes being dumped into the WordPress market. Yes… I am a commercial theme developer, but in my opinion, the majority of people joining in at this point are in it for the wrong reasons (to make a quick buck). With that in mind, there are allot of themes being released that are complete and total garbage which has a negative impact on the WordPress community.
–Jason Schuller
Repetition and disparity of content. While there are some fantastic blogs writing incredible content and providing insightful and innovating tutorials, there are also a lot where you’ll find regurgitations and too many lists of tutorials. Lists of resources can undoubtedly be a useful go-to, but the WordPress community needs more people sharing their actual skills rather than just linking to others’. That said, the argument about WordPress information being in too many places plays a factor here. Overall, I feel there needs to be a concentration on and of quality.
–Alex Cragg
Code is the biggest problem. I’d like to us to spend an entire major version update rewriting the codebase. Let’s get rid of some of those deprecated functions that are no longer useful. Let’s make everything we possibly can reusable for plugin developers. Let’s consolidate functions that basically do the same thing. Let’s make sure every function that displays (echos, prints) something has a sister function that returns that value.Sure, that doesn’t get end users excited, but it’s something that’ll help the platform in the long run and allow us developers to do even more cool stuff for the end users.
–Justin Tadlock
Jeff has very recently wrote a great article ( http://www.wptavern.com/what-is-the-weakest-link-of-wordpress ) about the weakest part of WordPress and I couldn’t agree more. I strongly believe that some people should seat and re-format the current Codex of WordPress, remove the deprecated functions, re-index every. Also, search engine in WordPress site doesn’t really return perfect results. I, personally use google with site:wordpress.org to search with in WordPress.org
–Mehmet Ozekinci

As always, do answer the question yourself and [s] or [t] to catch the final part.