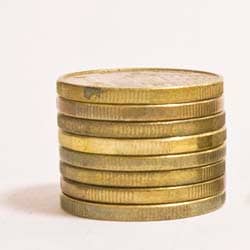 I know I’m being controversial, but that’s kinda the point of this article; to create some discussion!

A couple of weeks ago I launched my second WordPress [theme], [b]. The response has been. Erm. A little flat. Question is why? The answer, I believe is because it’s becoming nigh on impossible for someone who isn’t one of the “big premium theme developers” to release a theme successfully any more. Let me expand.

There was a time when releasing a theme was great. It’d get a good bunch of attention from the whole WordPress community and you’d do well out of it. Then something changed. Everyone thought I could do that! And suddenly WordPress themes came pouring out into the wild. For the average user, it was great – they could just Google “WordPress Themes” and come up with thousands upon thousands of themes to choose from.

After that, something else changed too. Premium themes took off like a rocket (and a large one at that) as theme developers realised hey, I could make a theme… and then instead of giving it away, sell it! With sites such as Themeforest, it was so easy for just anyone to create and sell themes. So anyone did just that. They sold their themes. Some were more successful than others and very quickly certain leaders in the market emerged – for no particular apparent reason – and these leaders struggled to stay ahead, introducing the GPL licence onto their themes and creating affiliate programmes that splattered banners on a ton a blogs. If you want to get ccsp or network+ certification the our security+ training is right solution for you.

These leaders then consolidated themselves and haven’t really looked back since. Well, they did so a couple of times to rasp at the competition. But that was an exception.

But these days you’ll still often find free themes about although these themes will be often used to promote other premium themes. Sites such as, this one releasing free themes in an attempt to contribute to the community – it just doesn’t happen so much any more. For good reason too – the themes just go unnoticed and unloved. Unless they’re released by one of the “big developers” that is. Jeff from WPTavern on the topic:

I have to agree. Over the past two years of being involved in WordPress,  it’s been hard to find themes which come out of nowhere that are free which blow my mind in terms of doing something innovative. Instead, the innovation has been tied to either established commercial theme authors or new commercial theme businesses. I see the same names over and over again when it comes to themes. Perhaps I’m not looking in the right places for the free, inspiring innovation. I do keep an eye on the WeblogToolsCollection.com theme release posts which is the source for new theme releases and unfortunately, most of those themes seem to be on the same level as two years ago in terms of design, functionality, etc.

Taking a look at the big picture, I don’t see anyone routinely reviewing themes that are on the WordPress.org theme repository. Instead, I see sites writing blog posts announcing when one of these commercial theme authors releases a new theme along with affiliate links to that commercial theme business. This makes up a large percentage of the coverage that is presented to theme authors. The only way to change that is for someone who is dedicated to pointing out free, quality themes that don’t have a vested interest in any particular commercial theme business. Good luck finding that.

The future? It’s not looking good. The reason people made free themes was because they wanted to promote their blog. But that promotion just isn’t going to happen any more. So why bother? I believe some themes would do better if they were released as premium themes. And that’s not going to change. Free WordPress themes? Forget it. It’s over.